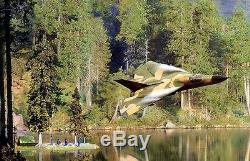 WE SUPPORT OUR TROOPS AND COUNTRY. Dru Blair was born in Newbern, NC.

Growing up in Columbia, SC, his ambitions originally were directed toward a career in medicine. However, during his undergraduate studies at Furman University in Greenville, SC, he discovered an artistic ability. He switched majors his senior year and graduated in 1981 with a BA. He later found employment in Myrtle Beach, SC. As an airbrush artist painting shirts. He continued his education at the University of South Carolina in Columbia earning a Masters Degree in 1984.

Commercial projects have included popular themes such as the Budweiser Bullfrogs. He has produced a half dozen instructional videos on airbrush techniques and is a featured lecturer at the World Airbrush Exposition. In march he was the Guest of Honor at the International Airbrush Forum held in Germany which drew over 10,000 artists from around the world.

He was the official artist for Star Trek: Voyager book covers, as well as several of the other Star Trek licensees. Dru currently resides outside of Raleigh, North Carolina.

"Timing is Everything" Dru Blair Signed Limited Edition Print. In a pilots life there is said be a defining moment where the culmination of events inspire and foster the desire to fly.

Usually the interest stems from childhood, and this F-111 depiction by Dru Blair makes no exception. Set against a beautiful lake, a group of Cub Scouts bears witness to an awe inspiring event that will be remembered and cherished for the rest of their lives: a low level pass by an F-111. Lasting but an instant, the passage of the great jet leaves in its wake a permanent inspiring image, and plants the seed of a life-long love of aviation. Deemed "Aardvark" due to its prominent proboscis, the F-111 remains one of the most capable, if controversial aircraft in aviation history.

Brutally fast, the F-111 pioneered the advent of low-level penetration at high speeds during the Vietnam war. Although the US Air Force recently retired the F-111, the Australian Air Force still operates and maintains the aircraft.

Rare objects are more valuable. An Artists Proof (AP), generally, is the first 10% of the Limited Edition prints that come off the press. If the Limited Edition is 400 s/n, there would be 40 APs. This status is noted on the print. Collectors prefer APs because their value increases even more than a Limited Edition as time goes by. The term "giclee" denotes an elevation in printmaking technology. Images are generated from high resolution digital scans and printed with archival quality inks onto various substrates including canvas, fine art, and photo-base paper. The giclee printing process provides better color accuracy than other means of reproduction. The quality of the giclee print rivals traditional silver-halide and gelatin printing processes and is commonly found in museums, art galleries, and photographic galleries.