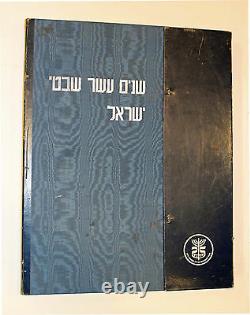 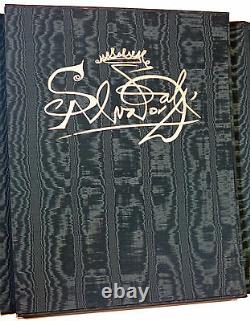 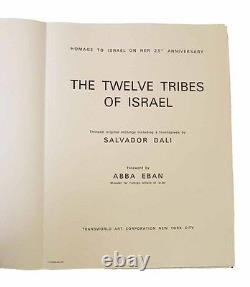 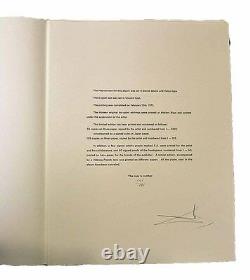 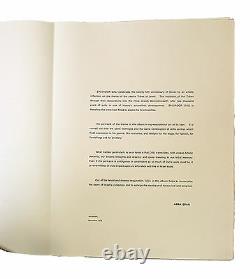 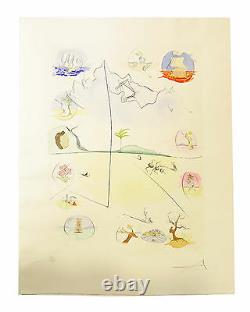 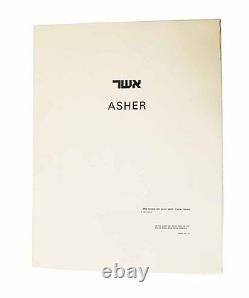 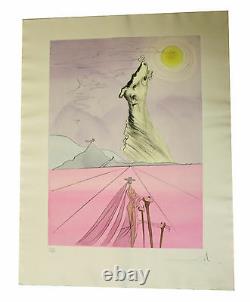 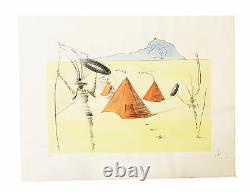 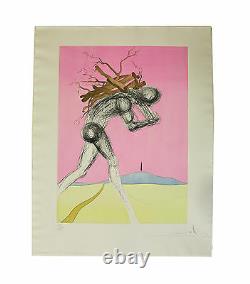 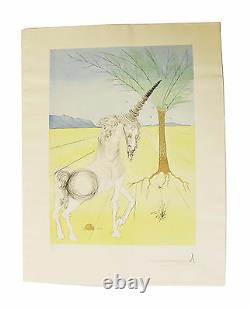 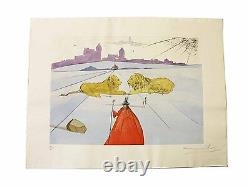 The Twelve Tribes of Israel , Trans World Art, Fribourg, Switzerland, 1973 M. 618-30 Numbered 141/195 and Signed by the Artist. The Twelve Tribes of Israel, 1973. The FULL BOXED set of 13 signed and numbered drypoints with pochoir coloring, title, each in their respective folios and additional introductory folios with text and introduction by the Israeli Foreign Minister, Abba Eban. Text in Hebrew and English, justification, on Arches, signed in pencil by the artist and in ink by the publisher.

TWELVE TRIBES OF ISRAEL SUITE is in excellent condition. Hand signed and numbered by the artist. Source: 2009 Edition of The Print Price Guide to the Graphic Works of Salvador Dali by Bruce Hochman.

Literature : Ralf Michler and Lutz Löpsinger 618-630. Salvador Dali was born in Figueras, Spain and became one of the more influential painters of the 20th century. Dali was a versatile artist whose art is rich with symbols- many of which were understood by Salvador Dali only and had to be explained at length which suited his self-aggrandizing style. Dali never limited himself solely to painting- some of his more popular artistic works are sculptures and other objects, and he is also noted for his contributions to theatre, fashion, and photography.

His influence in art is due nearly equally to both his painting style as well as his flamboyant nature- nearly his every waking moment was an effort to draw attention to himself. Dali was known as a Surrealist and is classified as such today though much of his work differs greatly from most Surrealist painters of the time. Much of Dali's efforts during his life were to distance himself from others both socially and politically, to create iconic status for himself.

This effort can be summed up in the artists own words, at the age of six I wished to be a female cook, at seven Napoleon, ever since, my ambition has been continually on the increase, as has my megalomania: now all I want to be is Salvador Dali. But the closer I get to my goal, the further Salvador Dali drifts away from me. " When his compatriots were mostly socialists and communists Dali proclaimed his support for the fascist government of Francisco Franco though it would be doubtful Dali had any political convictions beyond those that would promote Salvador Dali (Francoists wrecked the cinema in protest of the film "L'age d'or a Dali/Bunuel film). The item "Signed Salvador Dali Original Prints, The Twelve Tribes of Israel. Full Box Set" is in sale since Thursday, May 26, 2016. This item is in the category "Art\Art Prints". The seller is "michaelt613" and is located in Los Angeles, California. This item can be shipped worldwide.
andywalledfaireyprintsmondodamiencanvasnumberedshepardmartinobeyhirsthandposterhotelinvadermovierarewarholoriginalvariantkawssignedprintbanksylithographframedmintvintageeditionscreenartistlimitedsoldspace