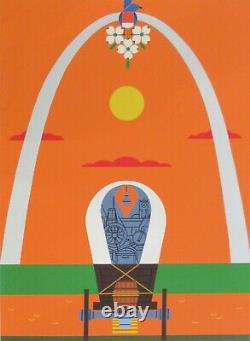 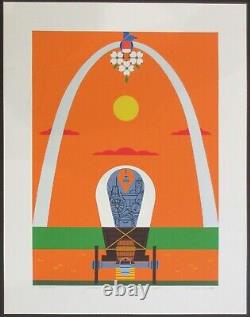 Charley Harper (August 4, 1922 - June 10, 2007). In a style he called minimal realism, Charley Harper captured the essence of his subjects with the fewest possible visual elements. When asked to describe his unique visual style, Charley responded. When I look at a wildlife or nature subject, I dont see the feathers in the wings, I just count the wings. I see exciting shapes, color combinations, patterns, textures, fascinating behavior and endless possibilities for making interesting pictures.

I regard the picture as an ecosystem in which all the elements are interrelated, interdependent, perfectly balanced, without trimming or unutilized parts; and herein lies the lure of painting; in a world of chaos, the picture is one small rectangle in which the artist can create an ordered universe. He contrasted his nature-oriented artwork with the realism of John James Audubon, drawing influence from Cubism, Minimalism, Einsteinian physics and countless other developments in Modern art and science. His style distilled and simplified complex organisms and natural subjects, yet they are oftentimes arranged in a complex fashion. On the subject of his simplified forms, Harper noted. I don't think there was much resistance to the way I simplified things.

I think everybody understood that. Some people liked it and others didn't care for it.

There's some who want to count all the feathers in the wings and then others who never think about counting the feathers, like me. The results are bold, colorful, and often whimsical.

The designer Todd Oldham wrote of Harper, Charleys inspired yet accurate color sense is undeniable, and when combined with the precision he exacts on rendering only the most important details, one is always left with a sense of awe. Charley, on numerous examples, also went outside the medium of graphic art and included short prose poems for the artwork he made.

We do not mark merchandise values below value or mark items as gifts US and International government regulations prohibit such behavior. The item "Charles/Charley Harper Where the East Meets the West SIGNED Ltd Ed #15/400" is in sale since Tuesday, May 5, 2009.

This item is in the category "Art\Art Prints". The seller is "artalier" and is located in Saint Louis, Missouri.