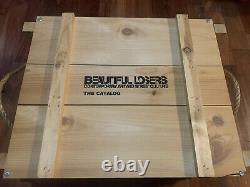 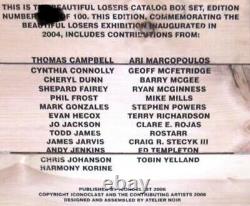 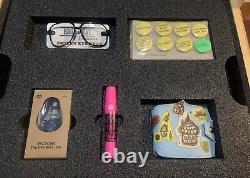 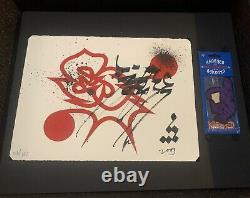 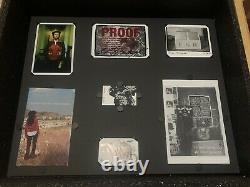 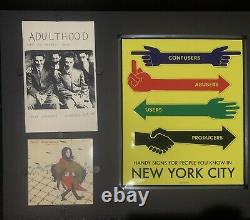 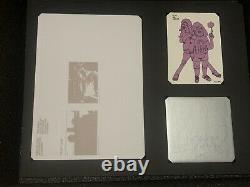 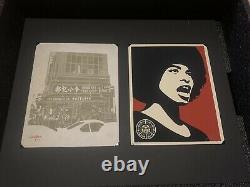 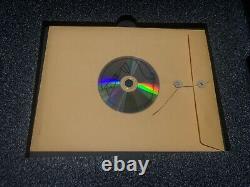 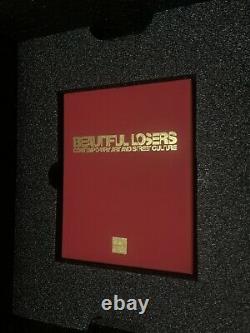 Beautiful Losers, Exhibition Catalogue box set. Released by Iconoclast Editions in 2006 in association with the famous'Beautiful Losers' Exhibition. This is an edition of 100;and extremely rare complete.

The crate contains 9 layers of foam and in each layer has encased some of the most important street artists. The first edition / first printing of Beautiful Losers book in a custom red linen-covered slipcase, sealed. Thomas Campbell: limited edition wallet.

Clare Rojas limited edition cd. Rostarr hand drawing/painting on silkscreen print. Craig R Stecyk III signed and numbered photo with silkscreen on top. Tobin Yelland signed limited edition poster. Beautiful Losers: Contemporary Art and Street Culture is a first of its kind exhibition of art and design celebrating the extraordinary creative production and cultural influence of youth cultures. Skateboarding, graffiti, and punk have not only affected fashion, music, literature, and film, they have inspired a generation of young artists who identify with the iconoclastic lifestyle and counter-culture stance of these creative forces born from the street. In addition to including works in all media by more than 50 artists, Beautiful Losers includes music, album covers, skateboards, and zines that reveal the spirit and vitality of street culture and its expanding influence. The unifying traits of these young artists, whose styles and distribution channels still remain largely outside of the art world, include an interest in pop culture iconography, a sense of the absurd, and a strong do-it-yourself attitude. Beautiful Losers traces the early influences on this new generation of artists, filmmakers, and designers, and explores the broader cultural trends that inform their work. Mark Connors, President of Total Sports Distribution Inc.

(TSABrand apparel) stated, We are privileged to have TSABrand as the primary sponsor of the Beautiful Losers exhibit. Street culture and skateboarding have always been intertwined and we are glad to have the opportunity to give back to this creative community. Gritty, rebellious, and sincere this loose-knit group of artists are part of a lineage that traces back to the dynamic East Village scene of the 1980s, a moment in New York City when the renegade spirit of street culture collided with the art world to dramatic effect.

Beautiful Losers begins by exploring this fertile moment in New York when Jean-Michel Basquiats paintings capturing a unique urban perspective made him a darling of the art world, when Keith Haring was a celebrated graffiti artist tagging subway cars and posters, and when Ari Marcopoulos began photographing and filming the colorful personalities of the emerging New York Hip-Hop scene. Acknowledging activity during this same period on the west coast, where the Los Angeles punk rock and skate scene were thriving, this section of the exhibition also includes early hand-drawn skateboards by Wes Humpston, the irreverent pen and ink drawings of Raymond Pettibon, and documentary photographs of the raucous west coast music scene by Glen E. At the core of Beautiful Losers are works in all mediaincluding painting, sculpture, photography, film, and performanceby more than thirty American artists who have emerged during the last decade including Shepard Fairey, Phil Frost, Mark Gonzales, Chris Johanson, Margaret Kilgallen, Geoff McFetridge, Barry McGee, Ryan McGinley, Clare Rojas, and Ed Templeton.

There is a chip on the crate on the front panel bottom right as seen in the first photo. The item "Beautiful Losers, Exhibition Catalogue, Barry McGee, Shepard Fairey, Phil Frost" is in sale since Sunday, December 20, 2020.

This item is in the category "Art\Art Prints". The seller is "editions" and is located in Camberley.