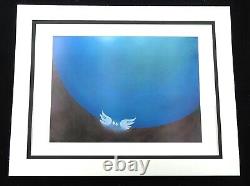 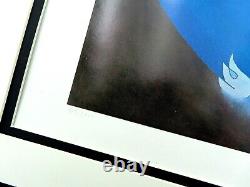 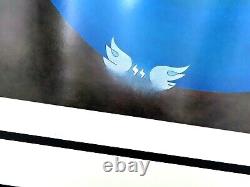 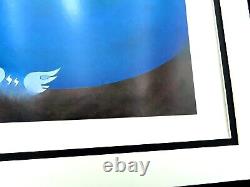 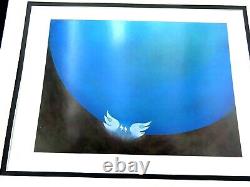 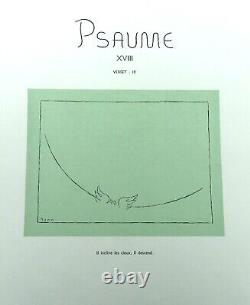 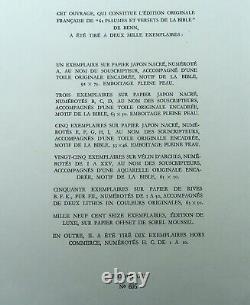 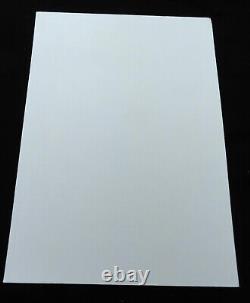 Rare 1960 Limited Edition Benn Lithograph Folio Print No: 695/2000. Genuine Vintage Limited Edition 1960 Print - Not a modern reproduction. Tipped lithograph colour plate on white velum, hand numbered and dated. Freshly mounted / matted in a double mount ready for framing. As the print is 60+ years old there maybe some very minor marks, signs of age spots etc - you will receive the item pictured, so the photographs are integral to the description, condition report and listing.

Rare numbered Original Folio Lithographic print, Print from Benn's'62 psaumes et versets de la Bible' -'The artist Benn was a renowned Jewish painter who drew inspiration from the Bible and expressed his spiritual connection to it in a body of self-contained and highly integrated work, which was published under the title 62 Psaumes et versets de la Bible. When the Nazis entered Paris, Benn's worst premonitions were realized. He was rounded up together with other East European Jews and interned in a holding camp, whose inmates were ultimately destined for a concentration camp in Germany.

He was held in that camp for a month, and during that time he sketched the faces of his co-internees and their surroundings. He fell into a deep depression, lost weight, and would probably have died had it not been for the efforts of his wife and friends who managed to smuggle him out of the camp. Arrangements were made to hide the couple in the basement of an apartment house in Paris.

Benn and his wife remained there in hiding for the duration of the war. During his twenty six months of confinement, Benn completed a series of sixty two drawings, based on selected psalms and verses of the Bible. The remarkable feature of this body of work is that it represents a radical departure in style from of his other work, and that style, while continuing to evolve after the war, remained exclusively associated with biblical themes. He continued to use biblical themes as subject matter e.

Song of Songs, and this particular style sets these works quite apart from the other figurative and representational work he did simultaneously. The drawings and the canvasses were critically acclaimed, and the artist was urged to make the works more accessible. In order to accommodate the demand for his biblically inspired work Benn agreed to have the sixty two drawings and paintings reproduced in the form of an album, which was published in 1960 under the title, 62 Psaumes et Versets de la Bible. The publication was issued in a limited edition of 2, 000 copies. This Lithograph is from number 695 of that very limited 1960 edition.