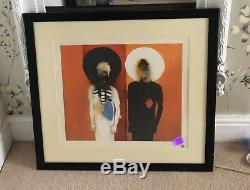 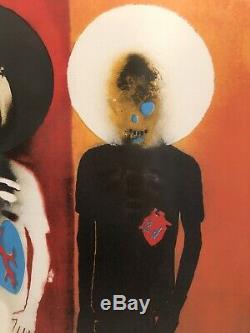 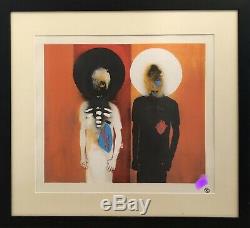 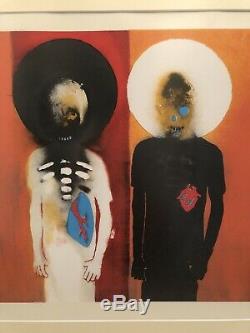 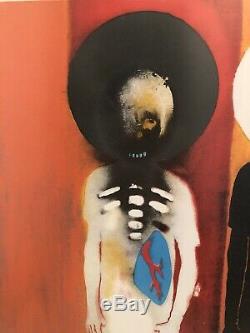 Giclee Print on Archival Watercolour Stock. Edition of 50 signed by Robert Del Naja. Print bought directly from Pictures on Walls. And questions please just ask - Further Artist and Print Information below. Robert del Naja is a founding member of the band Massive Attack and remains at the group's core today. Using the tag 3D, he has been active as a graffiti artist since his teenage years. Alongside his crew The Wild Bunch, he is credited as the spiritual leader of the graffiti scene in his native city of Bristol, and his paintings blazed a trail for the urban art movement that was to follow. 3D's painting has represented Massive Attack since the band's inception to the present day, on albums from Blue Lines to 100th Window. It also appeared on no less than four albums for James Lavelle's UNKLE project. PEACE AT LAST 5 color serigraph on heavyweight 100% cotton archival paper with 3 torn/deckled edges. Artwork originally created for the cover of U. 50 copies signed & numbered. The item "3D / Robert Del Naja limited edition Framed print PEACE AT LAST like Banksy" is in sale since Monday, January 13, 2020.